Or arrange for a one-on-one session with our lead trainer Sneha Arora.
Book your appointment via calendly.com/yogihearts/consultation

Alternatively, Whatsapp us on 0502301363 for further information.

I’ve just finished the 200 Hour Yoga Institute TTC program with Nilaya House. I have to say this has been an incredible journey. If anyone wants to do an authentic Hatha Yoga training – this is the course that is happening in Dubai.

Through the course, I received not only knowledge of Hatha Yoga but also formed relationships and bonds with the people of the program. The training is very nurturing. They talk not just about asanas but they teach you a lot of content about concepts, and philosophy which is incredible. I’m just sad that I hadn’t found this program earlier.

Ravi Subbiah
“The Teachers training course really helped me from a physical and a mental level. For me, personally, if I have to say how this journey has been, I need to go back to the beginning of the year, where I started off in a very low mental state and I wasn’t sure of what I wanted to do. There was lack of clarity, I felt like I wasn’t growing enough in my own personal life and suddenly this course came up for me. It was a matter of three days where I came to know about it and I decided to do it because it just felt right at that moment. And I feel like this has been the best decision I’ve ever made in my life. This has been really amazing for me, and it has given me a lot of clarity, and what I want to do with my own life. I’m physically also much better. It has helped me not be addicted to different vices. I’ve become healthier in terms of my diet and I’m mindful of what I am eating and drinking.”
Kevin Crasta
What I loved most about the Teacher Training course was the length it took. With most other institutes I found that everything would be crammed into a short amount of time, whereas here it was spaced out into a period of three months.

I found that to be very helpful and useful as I got the time to absorb the knowledge and practice everything that we’ve been taught. I also enjoyed my personal interactions with all the instructors. Having more than one source of knowledge was very helpful.

I also received a lot of guidance and assistance to manage my work-life balance as I was a little worried as to how I would manage a full-time work schedule and the yoga course. Luckily, with the help of the instructors and the flexible options, I was provided with I was able to continue until the end and the support I received was extremely motivating.

“The experience was absolutely beautiful, it was a very spiritual experience. What related the most with me was the philosophy of yoga. The catch for me to come into this was more asanas, but the more I learnt about the philosophies, about the Bhavas, about different types of yogas and yoga path.

The knowledge was just wonderful, it was amazing and I have really truly understood that yoga is a way of life – and it’s not an activity that you do, but a life that you live, based on all the wonderful principles and philosophy that I learnt in this course.

The teachers were amazing, very knowledgeable. Each session left me completely in awe of the content of what was being taught and the expertise of the teachers was amazing.”

WHO IS THIS TRAINING FOR?

The 200-hr TTC provides an excellent foundation for practitioners of yoga.

ABOUT THE YOGA INSTITUTE

The Yoga Institute, is one of the oldest and most awarded Yoga Schools, located in the heart of Mumbai, India. The founder Yogendraji, who studied under his guru Madhavdasji, a Siddha Yogi, passed on the lineage of Classical Hatha Yoga practices and its application as a way of life for a householder yogi. Now entering it’s 103rd year, The Yoga Insititute is renowned for spreading authentic teachings of hatha yoga techniques and philosophy through its’ teacher-training courses worldwide.

The course is accredited by Yoga Alliance, Govt. of India, AYUSH India and the International Federation of Yoga. 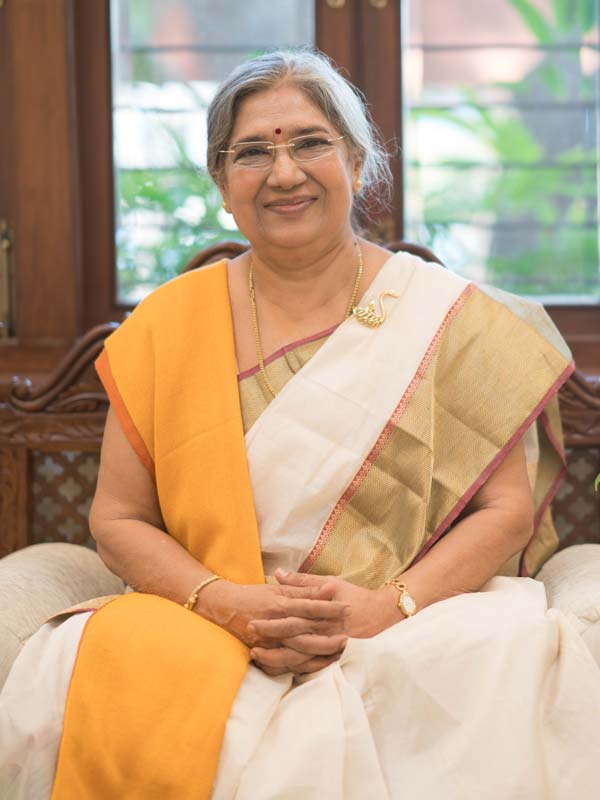 A dynamic and charismatic personality, Smt. Hansaji, wife of Dr. Jayadeva Yogendra and present Director of The Yoga Institute, has dedicated her life to the running of the Institute and to teaching yoga as a way of life in a completely practical way. She is perhaps best known throughout the nation due to her involvement in the popular television series ’Yoga for Better Living’, first aired in 1980.

She was recognized for her contribution to Women’s Health through the award presented by SPARC. She has conducted several seminars and lecture tours in India and in Europe, Australia, Canada, Pakistan, Hong Kong and United States of America. She has also authored many Yoga books and articles. She was invited by the National Council for Education Research and Training along with Dr. Jayadeva to advise on formulating a Yoga education syllabus for schools nationwide.

Bharat Gaurav award honours given to Dr. Hansaji Yogendra (Director- The Yoga Institute) for extraordinary contribution and excellence in the field of yoga. The honours were conferred at the UK House of Commons in British Parliament in London on July 19th, 2019 by Sanskriti Yuva Sanstha which was graced by many luminaries from the UK government and Yoga fraternity worldwide. 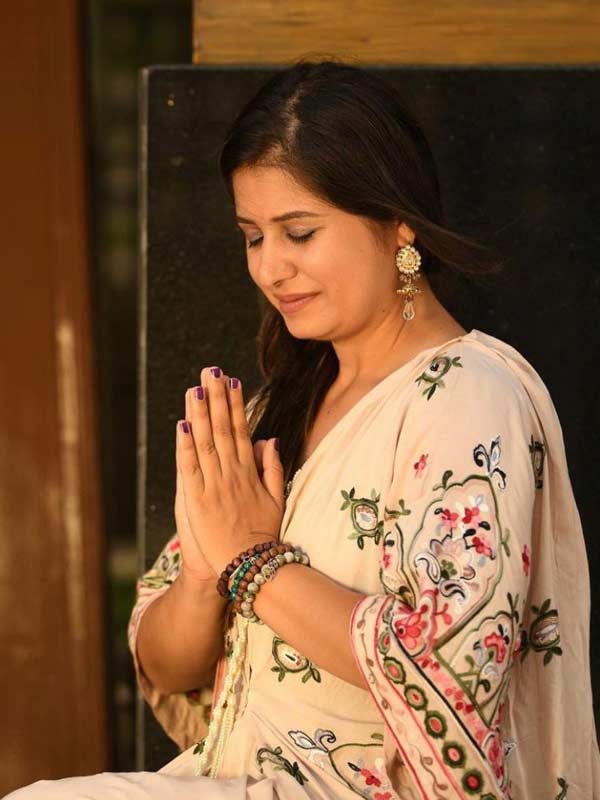 Sneha started her journey as a yoga practitioner 15 years ago at the oldest school of yoga, The Yoga Institute, India with a year-long Teachers Training course. She then became the course co-ordinator and taught at The Yoga Institute for four years after her training and also accompanied the Dean Hansaji Yogendra for workshops in Hongkong and France. She has also trained at Hatha-based Yoga Schools in India in methods including Sivananda and Iyengar yoga. Bhakti Yoga, Meditation and Therapeutics were an extended part of the learning and teaching.

Having an international career as a Yoga Practitioner and Kirtaneer, in countries including Turkey, Bali, Hong Kong, North America and Dubai, she is now an affiliate to THE YOGA INSTITUTE, India and Yoga Alliance registered teacher as well. 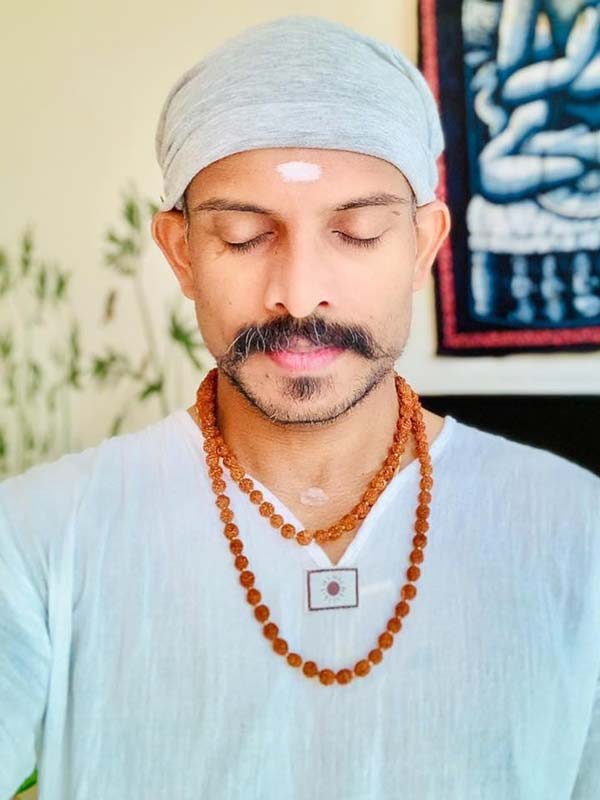 Vipin is a passionate Sadhaka (practitioner) and considers blessed to be growing up learning from all the Guru’s imparting the profound teachings since early days of his life. This has been his inspiration to interpret all the ancient texts and apply this in various fields of life including Yoga and develop simple ways to take students on a journey far and deep into the secrets of Yoga and it’s philosophy. He is an ERYT 500 Hatha & Ashtanga Vinyasa teacher as well as a Reiki and Pranic healing practitioner. 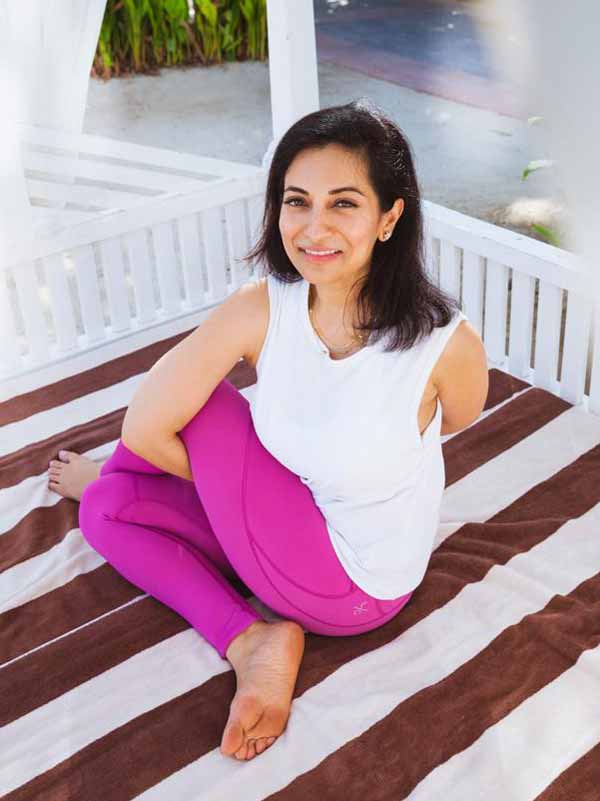 Payal is from the state of Assam in India. She is a mum to a nine-year old with cerebral palsy, birth trauma and is a very vocal supporter of people with disabilities.

She is a formally certified Hatha yoga teacher by the Sivananda Yoga Vedanta. She has completed multiple trainings in yoga for people with injuries, disabilities, seniors as well as prenatal yoga. She can teach in both French and English. 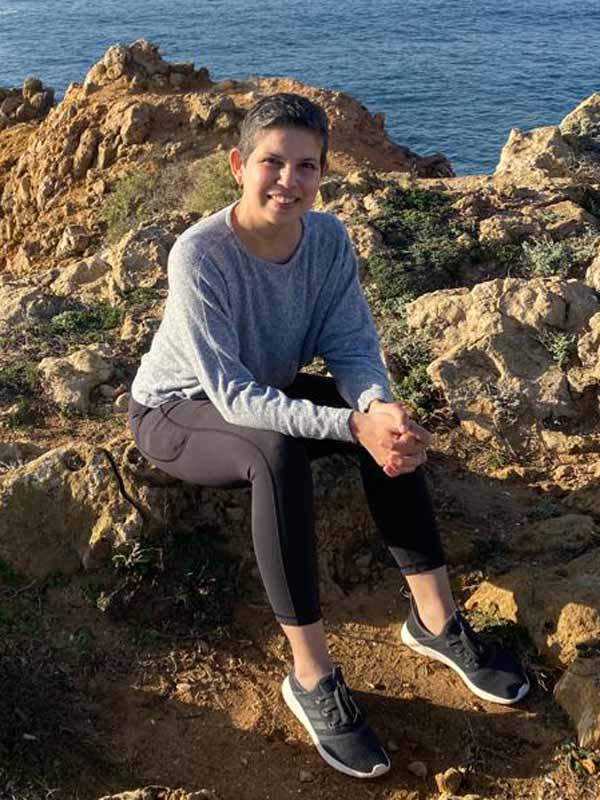 Zarin Dumasia is a physiotherapist working with Mediclinic City Hospital. She graduated from The University of Texas Medical Branch, USA, in 1999 with a Master of Physical Therapy degree and since then has worked in the UK, US, Kazakhstan, Kuwait, and the UAE in various hospitals and clinics.

She is passionate about providing physiotherapy and exercise rehabilitation services for those diagnosed with cancer and has a special interest in chronic pain management.

Zarin has been practicing yoga for the past 10 years. Her personal yoga practice focuses on breaking down poses into their components to ensure body awareness and a deeper understanding of the postures. 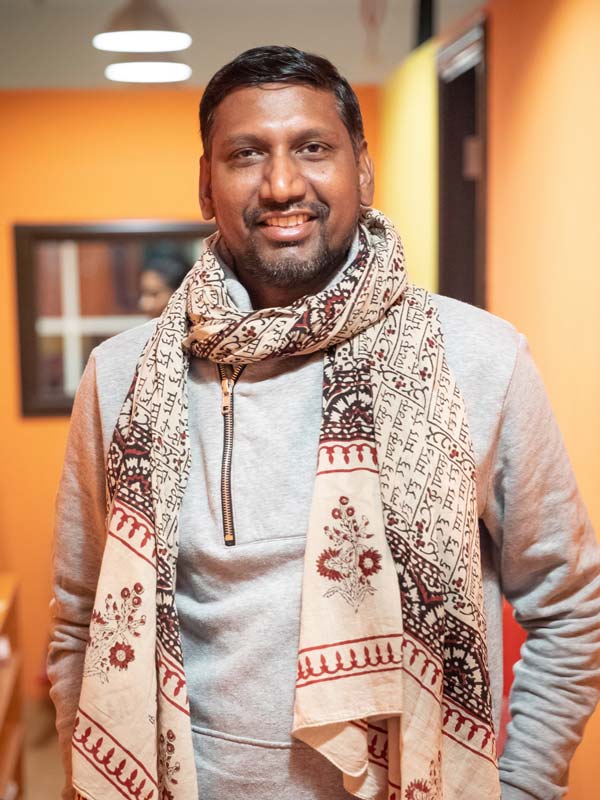 Harinaam is a well-known Kirtan singer who has been practicing Bhakti Yoga for the past 19 years. Harinaam currently performs kirtans in yoga festivals, yoga studios concerts educating the audience on the power of mantra chanting. His has a deep knowledge about the Bhagavad Gita and overall yoga phlosophy. 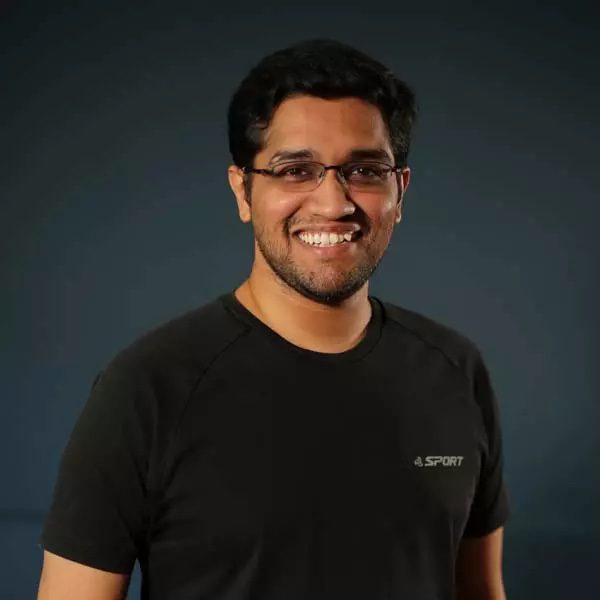 Rangaji is a certified Iyengar Yoga teacher and holds a Masters in Yoga from SVYASA Bangalore, which helps him bring a contemporary approach to yoga.

His approach to biomechanics of Yoga has paved the way to handling health from a new perspective. This was inspired greatly by Dr Gladson Johnson, a Sports Physiotherapist from Bangalore (Attitude Prime Physio). He also uses complementary techniques from other bodywork systems to enhance the experience of Yoga, all the while retaining its traditional essence.

He has spent time in Orthopaedic Hospital under the guidance of Dr John Ebenazer in administering Yoga to patients as a way of managing and improving their overall health. He believes Yoga should be learnt as a subject, and not just practised as a physical form. 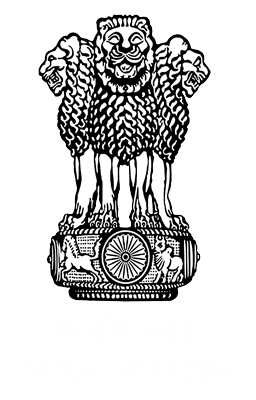 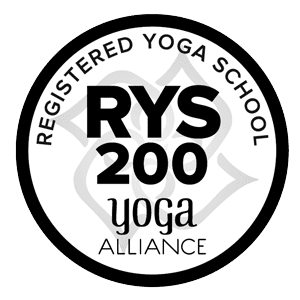